Protect Your Clothes, Your Wallet, and the Environment by Cutting Detergent with Soft Water 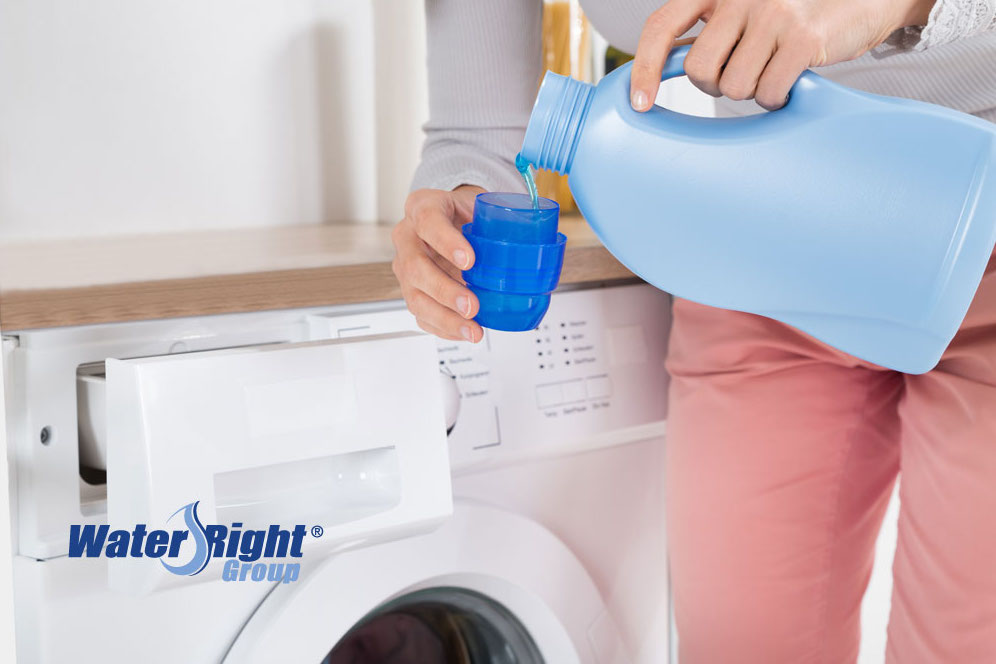 Protect Your Clothes, Your Wallet, and the Environment by Cutting Detergent with Soft Water

Whether you’re trying to save your skin or some cash, Soft Water can change your life

Have you noticed your favorite new jeans are wearing out before you even have a chance to wear them about? Quickly fading or grimy clothes, weak fabrics, lingering stains, and residual odor are issues for which you may have your hard water to blame.

Nearly 90% of homes in the United states are running hard water. Minerals like calcium, magnesium, and iron are collected in your water. This hard water clings to your fabrics making them harder to clean, which leads you to spending more on detergent and hot water, and your clothes wearing thin just as fast as your patience.

The average household cost of detergents and cleaning products is around $550 annually, but it doesn’t have to be! You can slash your utility bills, cut cost of cleaning supplies, and lengthen the life of your clothes and your appliances in just one move.

In a study conducted by the Water Quality Research Foundation, the efficacy of different detergents on 9 common household stains was determined. Scientific Services and Battelle conducted an experiment to determine the role of water temperature, hard water, and doses of detergents in the cleanliness of laundry. The conclusions were the same in top-load and high-efficiency front-loaded machines.

5 different laundry detergents were used, and all 5 were able to remove:

Using half of the detergent means spending half as much on detergent. This will save the average family $50 annually on laundry soap alone. Using less detergent also means your clothes will stay stronger for longer, and won’t need to be replaced as often. Factor in the lowered utility bill and the reduced impact on the environment and there’s no telling how much you can save!
Hard water is hard on your dishwasher, too.

It’s not only your washing machine that suffers when you try to clean with hard water. A similar study was conducted on the effects of hard water on dishes, and the relationship between hard water, water temperature, and detergent dosage in your dishwasher.

The study evaluated how well difficult foods like brownie mix, dried-on egg yolk and milk, and filmy olive oil were removed, as well as how much spotting and film remained after a single cycle. 4 liquids and 2 powdered detergents were used on 2 styles of washing machine to remove food and film from dirty plates, glasses, and silverware.

The results echoed the findings of the washing machine test. When soft water was used, 70% less detergent was needed to get dishes and silverware clean. This means your dish detergent can last you 3 times as long as it does with hard water.

Using soft water was found to be 12 times more effective than hard water at removing food and residue from dishes. In addition to removing the unwanted residue, you skip the hard water deposits all together. Not only on your dishes, but on your appliances. Hard water can build up quickly in a dish washer, costing efficiency and excessive wear and tear on the unit.

When you do the math, the money you have been throwing away on detergents, ruined clothes, broken and stained dishes, and appliance repair is an enormous burden on a family. Save money and waste less with a water softening system.